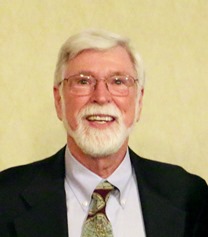 Over a period of four decades, Dr. Michael Dobson has been at the cutting edge of both academic and operational cartography.  Dr. Dobson has made significant contributions in cartography and GIS from positions in academia, industry, and, through consultancy, government, for more than four decades. Throughout these years, he has promoted, and perhaps provoked, wider thinking about cartography and geospatial information.

Dr. Dobson received his Masters degree in geography and conducted his PhD work at the University of Kansas in the early 1970s under the guidance of Professor George Jenks.  Mike subsequently taught at the State University of New York at Albany for 13 years. During his time as an academic, he proved to be a formidable but very well liked teacher and many of his former students have gone on to play key roles in academia, industry and government service.  During his years at Albany he undertook early, groundbreaking research on such topics as “Eye movement parameters and map reading,” (The American Cartographer)’, “Bench marking the perceptual mechanism for map-reading tasks,” (Cartographia); and “The influence of the amount of graphic information on visual matching,” (The Cartographic Journal).

Although he easily won promotion to a position as Associate Professor, he felt that his interests were increasingly turning to operational questions in the new world of digital cartography.  After a period of consulting, Mike was hired by Rand McNally as their Chief Cartographer and Chief Technologist and later as a concurrent Vice President. His work with Rand McNally was highly thought of and he remained with the firm for over 13 years.  During his latter years at Rand McNally, Mike became more and more involved in specialized client maps involving location-based services.

Upon his departure from Rand McNally, Mike served for two years as Chief Technical Office and EVP Engineering for go2, a company that was heavily involved in the provision of POI data in the form of location-based and mapping services over cellular networks to mobile phones and desktops. Mike, by this time, had become a highly sought after consultant in the areas of digital cartography and location-based services and he established himself as an independent consultant forming TeleMapics, LLC after two years with go2.

Mike is a past member of the Mapping Sciences Committee of the National Research Council of the National Academy of Sciences. Over the last decade, Mike has also made a very substantial contribution to the general cartographic and GIS community through the provision of his widely read blog “Exploring Local“. This blog exposes a wider community to issues and concerns in contemporary spatial data handling.

For these reasons, CaGIS would like to honor Dr. Michael Dobson with the Distinguished Career Award for his contributions to the society and the profession as a leader in  Cartography, GIS, and GIScience.